A Series of Questionable Purchases (2 of 3): A Car 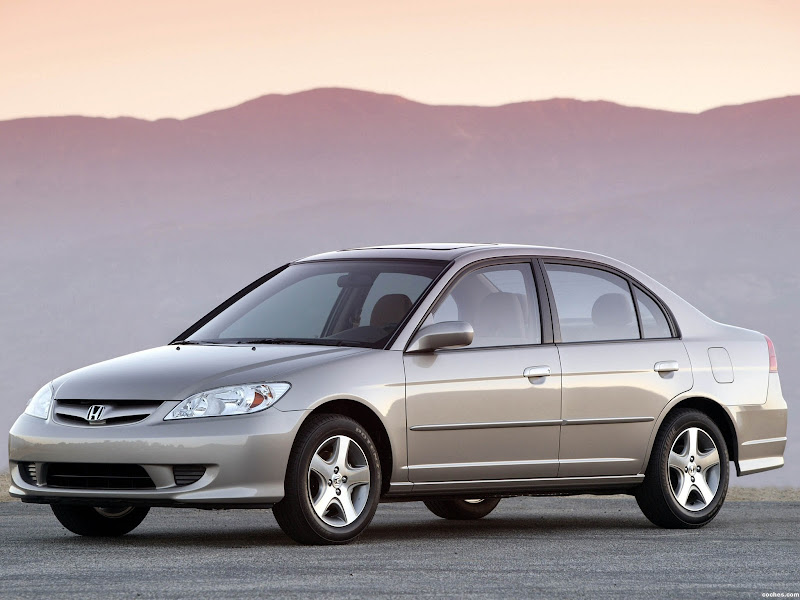 Source: I originally found a smaller version of this picture on Kelly Blue Book, but after reverse image searching, I found this higher-resolution version on Coches.

Here we are, item numero dos in our three-part mini-series about my recent (and highly suspect) purchases. Without further ado, here we go.

For some reason I'm not sure I understand yet, I bought a car.

As Fate Would Have It

I didn't just wake up one day (after living here for three years) and decide I wanted a car. No, I bought it on a whim when the opportunity presented itself. A co-worker was selling their car, and it just happened to check all of my boxes:

On top of all of those things, the financials happened to line up too. Normally, I don't keep more than $1,000-$2,000 in my checking account, because I invest my paychecks as they come in. I do this explicitly to disincentivize myself from doing exactly what I did. But on this particular week, I happened to have some extra cash in my checking account, preparing for Questionable Purchase #3. Oooh, foreshadowing! 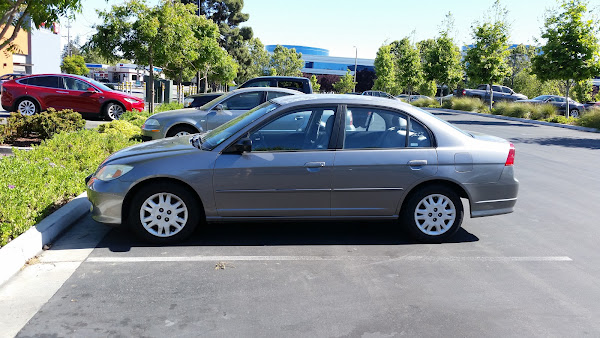 I took this picture in a Panera parking lot, because I'm a classy lady.

I haven't yet decided if this purchase is run-of-the-mill dumb, or next-level, pants-on-head dumb, but as a dude who prides himself on keeping things simple, it definitely seems like an indefensible decision. Strap in though, because I'm going to attempt to defend it.

I spend a lot of words saying mean things about the truck: how it's a screaming metal death trap, how it'll explode any day now, how (intentionally) hideous and inhospitable it is, how I spend as much time as a I can away from it, you know the deal. And it's all true, every word of it. I bought the truck for a singular purpose: sleeping.(and also storing my stuff, but let's not nitpick)

Sure, the truck is great for moving things, but aside from that, I really would prefer to never be driving it, for a whole host of reasons I've rambled about at length. But there really are times when I do need to drive, which I'll enumerate in painstaking detail now.

That time the truck battery died

Okay, so it turns out I could only think of a single situation where I absolutely positively needed a car, and it was the time I accidentally killed by battery. Turns out, if you start a vehicle and immediately turn it off again, the alternator doesn't have time to replace the charge used to turn the engine over. You might do this, for example, if you were just inching forward into a slightly better parking space. Further, if you (unwisely) did this several times over the course of a few weeks, with no other driving in between, that would definitely kill the battery. This is what I did. Don't do it, it's no fun.

But anyway, to get a replacement battery, I had to rent a car, no two ways around it. Lugging a 50 pound battery in and out of a Lyft, while probably hilarious and a fun story, wasn't how I wanted to spend my Saturday.

The fact that I could only think of a single occasion where I truly needed a car seems to suggest I really shouldn't have purchased one. But, just for funsies, let's look at all the times I've wanted to have a car.

That time I went on a date

Who am I kidding, I don't go on dates.

But in a hypothetical world where I did go on dates, I don't think it'd be unreasonable to want to be able to pick up my date in a vehicle that isn't a five-ton box-house death-machine. Sure, I could just rent a fancy car (on Turo or Getaround) for dates, but that doesn't sound particularly sustainable. Also, I'd like to think my ego isn't actually that fragile.

Literally any time I've driven the truck and wasn't hauling something

One of the reasons I decided to live in a truck was because there's so much cool stuff to do in the Bay Area. Why would I want to be at my boring old apartment when I can be out in a world full of new and interesting experiences? Sometimes, those experiences necessitate driving, either because they're too far to bike, or don't align with the public transit schedules. Historically for those cases, I've had four options, roughly ordered from least terrible to most terrible:

Obviously, none of these are ideal, so having my own dedicated vehicle makes a lot of sense here. Still, I managed to get by three years without one, so I need to make sure I'm using it the right way.

As far as having a car goes, I think the one I got is pretty in-line with the rest of my life. It's in good shape, it's not flashy, it's pretty unsightly, and it's practical. Having a car represents a pretty dramatic shift in the way I can do things, so to make sure I'm using it in a way that's consistent with my own goals, I've set up some pretty basic guidelines.

I'm still getting used to having a car. In particular, now I have to juggle the car and the truck and my bike, and I've actually struggled quite a bit trying to find a reasonable flow that makes all of them accessible when I need them. I'll save those stories for another post though.

As a closing note: I'm frantically finishing this post before I catch a flight to start a ten-day trip in Israel, so the reveal of Questionable Purchase #3 will have to wait until I return.