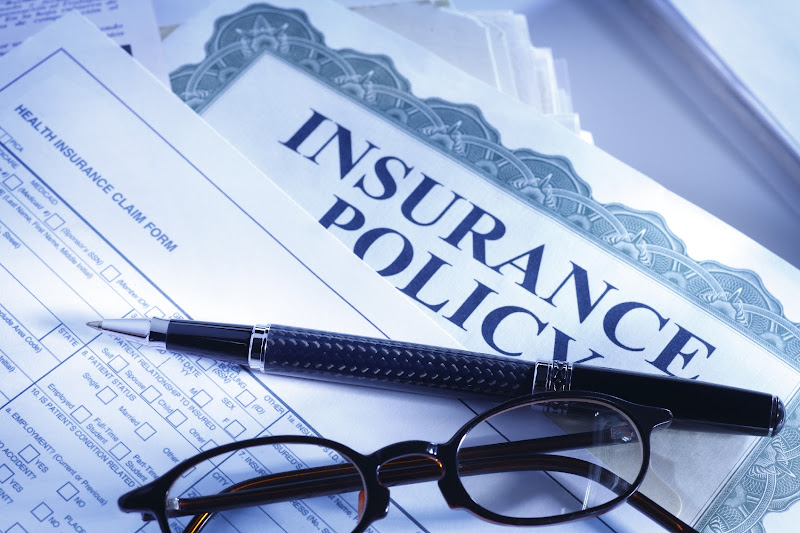 I've ducked and dodged dependence on electricity and other utilities, and I definitely don't have a home phone or Internet service. Insurance is the one recurring truck-related expense I'm stuck with.* Given how little I drive the truck and my squeaky-clean, accident-free track-record, I would totally ditch that too if it weren't mandatory in California.** And while I may have dodged a bullet with the license situation, that frosty Boston speeding ticket was still looming overhead. So naturally I wasn't ecstatic when I got a letter stating it's time to renew my insurance policy, until I took a good look at my old policy.

This was the day I drove my current home off the lot. I was pretty anxious during the purchase, I've never before had to put on a pokerface that says, "Trust me, it's normal that a 22-year old guy is independently buying this decommissioned Budget truck, and I definitely, definitely have no intention of living in it." By hour 4 of negotiating and signing papers, I was itching to leave. To speed up the process, I pretty much accepted all of the defaults for the insurance policy with very little resistance. One of the things I didn't check carefully enough was the "Current Estimated Annual Miles" section, and here's where the fun begins.

The "Current Estimated Annual Miles" field on my insurance policy was entered as 8,000 miles, which I couldn't help but laugh at. I know some of my decisions could be considered questionable, but the idea of driving that rusty, screaming metal death trap for 8,000 miles a year is downright suicidal. It's already been around the block over 158,000 times (assuming "the block" has a circumference of one mile), driving it any more than I need to is like poking an unstable, already-ticking time-bomb. As with all vehicles that are quite literally powered by explosions, it's not a matter of if it'll break down, but when it'll break down. And who knows how catastrophic the breakage will be? Maybe I'll be lucky enough to experience a simple tire blowout or a quaint engine fire, but what if the back gate just falls off and strews my few possessions all over the road for terrified commuters to run over? I'm not trying to re-create a scene from Final Destination, so I drive only when totally necessary. Plus, you can practically hear the screams of future generations coming out of the exhaust pipe as I idle in traffic, getting 8 miles per gallon while I star in Al Gore's nightmares. An estimate of 8,000 miles a year was clearly too high, but how much had I actually driven in the past six months of owning this thing?

Digging out the paperwork from when I bought the truck, I could see that the odometer reading was 157,500 miles at the time of purchase. Taking a quick look at the dashboard on my way out this morning, I saw that I was sitting at a cool 158,514 miles. Putting my engineering degree to work here: 158,514 - 157,500 = 1,014 miles. That's for six months though, so my yearly mileage estimate is ~2,000 miles, give or take a trip to San Francisco. But that's pretty good! Certainly better than the 8,000 estimated miles I'm currently paying for. And fewer miles means less driving, which means spending less time on the road, which (hopefully) means fewer accidents, which (hopefully) means lower insurance premiums! After a (surprisingly quick) call to my insurance agent, I found out that I could bring in the truck, show them the odometer and truck-sale-paperwork, and get an updated quote on my renewal. Sounded good to me

We've talked about how traffic is everything bad about the world, right? Like, how cars idling on a long stretch of highway are the physical manifestation of evil? Well I let out my dark side today by leaving work at the height of rush hour and sitting idly on the 101, which I would classify as a Bad Move™. Instead of a reasonable 15 minutes, which is what the drive would normally have taken, I had 55 glorious minutes to lament over what a terrible invention the automobile is while repeatedly bashing my head against the steering wheel to pass the time. Seriously, I don't understand how people can commute like that every day and still claim to have a soul. Anyway, I eventually arrived at the insurance place, where they took pictures of my odometer and bestowed the new quote upon me. As a reminder, my payment for the past six months was $727.88, or ~$121 a month. Taking into account the freshly-minted speeding ticket on my record, I wasn't sure what to expect. Drum roll please:


That there is downright reasonable. My monthly "rent" for the next six months is going to be ~$70, a pleasant 40% reduction from the past six months. Plus, because I showed up two weeks before my policy needed to be renewed, they're going to refund me the difference on my current policy, prorated for these next two weeks. That adds another $26 to my rent-savings, making my monthly bill ~$116 a month for the past six months. I'll update the savings calculator formula once I get the exact numbers in the mail, and I have a new algorithm that can handle my changing insurance costs, which I'll upload soon. I have a few other fancy-shmancy updates (like working search functionality) on the way as well, so watch out for those.

But Brandon, you got a speeding ticket, shouldn't that have made your insurance, like, a BILLION DOLLARS?

I would have thought so too, but then I remembered a speeding ticket I got about three years ago. It was two years and nine months old when I started my policy six months ago, which means that it still counted against me and drove up the rate on my original policy. But tickets only count against you for three years apparently, so it "expired" about three months ago. And if I hadn't promptly replaced it with a new speeding ticket, it's very likely my new policy quote would have been even lower. There are other factors too, my age and marital status makes insurance more expensive, but my Good Driver discount (that I somehow get???) and Science Degree discount (I love how that's a thing) help to balance it out. In any case: 55 minutes could save you 40% or more on car insurance.***

*I do have a music streaming subscription and some monthly server costs, but since those aren't truck or house-related expenses, I didn't feel the need to mention them.

**It's mandatory in 47 other states too, with the mavericks being New Hampshire and Virginia.

***Or however that jingle goes.