Obvious Facts About Box Trucks #2: They're Great For Moving Things 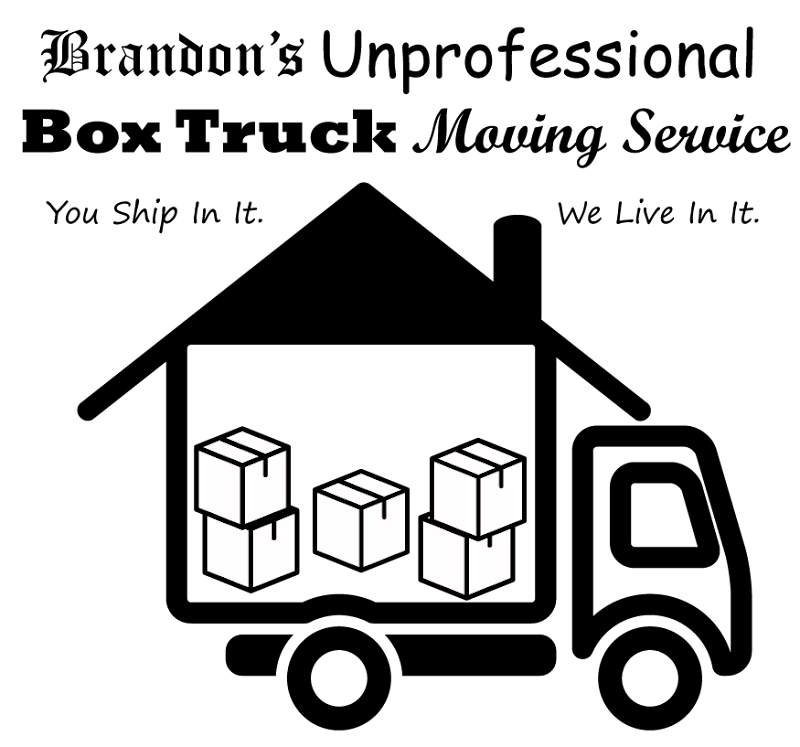 Source: The (tentative) poster design for my on-demand moving company.
Also, I bought royalty-free rights to a repository of icons, so expect a little less attribution in the future when I make my Frankenphotos.

I knew embarrassingly little about The Box™ when I bought it. I spent weeks obsessing over what kind of vehicle I wanted, but I purchased my current home of two years after only an hour or so of looking it over.

For example: I had the truck for nearly a month before I figured out it used to be a moving truck. More specifically, it used to be a Budget truck, and I just had no idea. I only found out by chance observation; if you look closely, you can still see the faded "Budget" logo, forever etched into the truck. Let me show you, with the help of my good friend science:


We start with a picture of the truck. 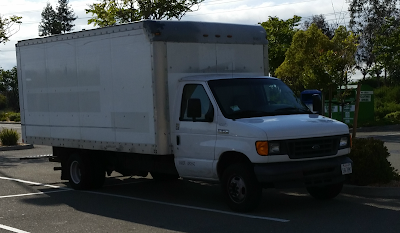 Then, we enhance the photo. 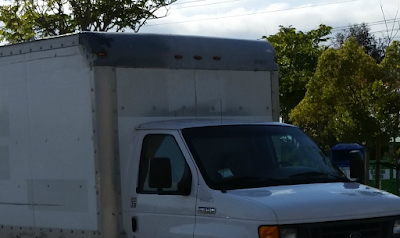 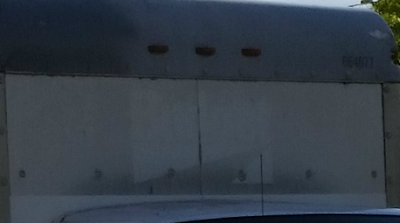 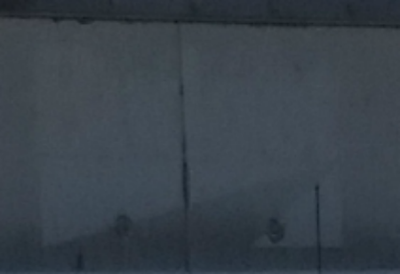 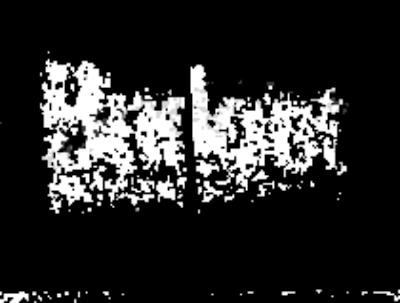 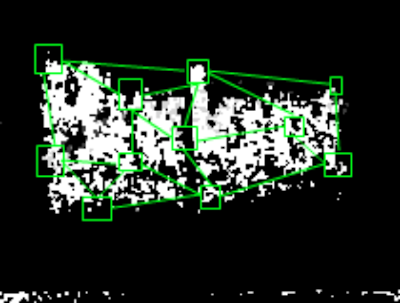 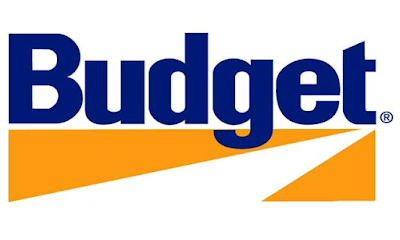 Boom. It appears to be the Budget logo.

Science aside, this isn't particularly shocking: most truck rental companies sell their moving trucks once they're done with them. Mine just went through a few more hands before it got to me.

I swear I have a reason for dredging up the truck's humble, Budget-y origins once again. The truck and I have helped heft, hoist, and haul people's junk around on no less than ten separate occasions. For somewhat obvious reasons, I haven't had to move at all since I relocated to California. I mean, I guess it depends on how you think about it. Sure, I've never had to pick up my stuff and move it to a new place, but every time I go get gas I'm hauling all of my belongings with me. Home is where I park it, after all.

On to the part I want to talk about: for at least seven or eight of those moves, I actually offered to help schlep stuff around. No prompting or anything. They mention they're moving, I offer my truck and services. As weird as it sounds, I legitimately enjoy helping people move, and that's what I'll spend the rest of this post discussing (both for my own bemusement and to try and indoctrinate you, dear reader, to do the same).

This one's probably the most obvious. Moving is a great way to put all of those squats and deadlifts to good use. Lifting from your legs, maintaining a neutral lower back, keeping your core tight — all just as applicable for moving as they are for lifting. The more stuff someone has to move, the more intense and effective your workout gets. And this isn't your Dad's workout, it's much more dynamic than any boring old routine you can do in the gym. It's a full-on functional workout. It'll hit your posterior chain like a freight train. Worried you aren't working your stabilizer muscles enough? Carry a bunch of rickety furniture down a few flights of stairs and you'll be sore in muscles you didn't know you had. The muscular pump you get after a few hours of moving Ikea sofas around is a reward all its own.

Wow, I have a lot of stuff.

-Pretty much everyone I've helped move, ever

I hear some variation of the above quote, without fail, every time I help someone move. And it makes sense, right? You never really acknowledge how much stuff you have until you have to shuffle it through a labyrinth of hallways and elevators. Step by sweaty step. Box by bloody box. Taking part in that experience is another one of the benefits for me, because it reminds me how glad I am to have so little. I love that I don't have box after box of who-knows-what packed away in my garage, because I don't need those things and I don't have a garage. It's kind of like my Couch Conundrum, just because I can have something doesn't mean I should. So I end up feeling more grateful for just how good and easy my life is after each move.

Being a Decent Person

Moving is one of those activities that people seem to legitimately dread. Maybe it's the prospect of attempting to tame and pack the always-growing piles of dusty knickknacks. Maybe it's the fear of trying to pick up the old bulky television that hasn't been moved since the Reagan administration. Maybe they just aren't looking forward to shelling out money for a truck or professional movers. For one reason or another, most people aren't overjoyed at the idea of hauling all their belongings from Point A to Point B. So if a someone mentions they're moving sometime in the future, offering your services might relieve a bit of their moving-related stress. In my experience, people seem to genuinely appreciate it. Helping people move has turned a few coworkers and "friends of friends" into friends — the bond created by a formidable move is not soon broken.

You know what's really satisfying after a few hours of moving heavy stuff around? A hearty meal.

You know what's even better than that? Not having to pay for it.

While I'll always outright decline payment for helping people move, I'll gladly accept a post-move meal. Post-move meals are among the greatest small pleasures one can experience in life. Think about it: you're hungry, you're sweaty, you're sore, what could be a more perfect remedy than free, delicious food with friends? Food is good, the satisfaction of a job well done is good, and combining those is just the bee's knees.

The Way It Was Meant To Be

Plainly and simply: hauling crap around is the truck's manufacturer-intended purpose. The truck was made to roam the open highways, full of useless garbage packed into equally useless plastic bins, and it just wouldn't be right of me to deprive it of that joy. This magnificent piece of machinery was meant to meander down microscopic suburban side streets, narrowly dodging low-hanging branches and awkwardly parked minivans. And who am I to deny the truck its manufacturer-given destiny?

If nothing else, I get to make the same terrible dad joke every time I help someone move. As we pack their boxes and floor lamps and TVs into the truck, alongside my bed and dresser, I'll say something stupid like, "Looks like we're moving in together, I didn't realize it would get this serious so quickly." And they'll chuckle halfheartedly, quietly wondering why they didn't just hire a professional mover.