A Series of Questionable Purchases (1 of 3): A Bike 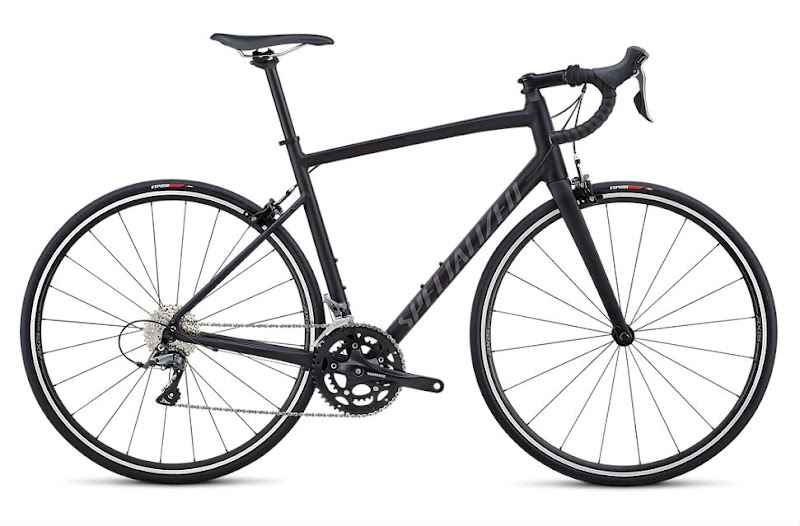 I'm generally not against spending money. I am however generally against buying things. This is a point I've surely beaten well beyond death by now, so I won't belabor it much further. It's just to say that I want to be really sure something makes sense within the larger context of my life before I buy it and have to deal with it forever.

I only mention this because I've been on a bit of a purchasing spree (by my standards) as of late, which is at least part of the reason I've been so quiet on here for the past two months. The other part of the reason is that I'm just generally bad at blogging. Anyway, this post (and the next two), will talk about some of the purchases I've made, mostly over the past few weeks. This first one's not all that contentious, but I promise they'll get more questionable as we go. Okay, on to the post.

I have a fairly limited range of hobbies. I like reading, hiking, writing the occasional blog post , making low-quality gag websites for my own amusement, and last but not least, biking.

My love of biking isn't new, I've definitely mentioned it once or twice. Even though I was a total biking rookie three short years ago, some of my favorite memories since moving out to California have been biking up and down the Bay Trail on my trusty steed, a used Raleigh Misceo I haggled my way into purchasing. Alas, the bike is showing its age and last year was deemed financially unwise to repair.

Nowadays, riding the bike (even at the slowest of speeds on the smoothest and flattest of surfaces) feels like riding an exercise bike covered in molasses, with the resistance cranked up to 11. With my sore, lactic acid-filled quads in mind, I decided that the bike and I would embark on one last hurrah, a figurative ride into the sunset: Bike to Work Day 2018, henceforth just called "BTWD", because bandwidth ain't free. My company is big on BTWD, so I figured I'd Caltrain up to San Francisco and join tons of my SF-based co-workers for the ~42 mile ride to work in the morning.

But alas, it wasn't meant to be.

The weekend prior to BTWD, my favorite mode of transportation was stolen from me. Err, the front wheel was stolen while the bike was locked up at a Caltrain station. The back wheel of the bike was also removed, but whoever removed it realized that wasn't even worth stealing, and they left it next to the bike. The rear derailleur was also in rough shape from being on the ground; I don't imagine it was placed particularly gingerly.

I feel a bit guilty for this, but I'd semi-secretly been rooting for it to be stolen, and I was almost happy to find the bike in such a sorry state. After all, it gave me an excuse to jump start my search for a new one. In and of itself, that bothered me a little bit. I guess it's just frustrating how something that means so little to me (a bike tire) can mean so much to someone else, to the point they'd take the risk of stealing it. This is probably a good time to plug GiveDirectly and HandUp, organizations that give money directly to people in need. If you've ever felt overwhelmed with how lucky you've gotten in life/how good your life is, they're both wonderful organizations to contribute to.

Brief tangent aside, with BTWD right around the corner, it wasn't a great time to have my bike in an unusable state. Luckily for me, my employer provides a borderline sickening bevy of useful perks, one of which is doling out commuter bikes to anyone who wants one. So I borrowed a beat-up commuter bike, and did the ~42 mile ride.

I hadn't done a long (>20 mile) ride in a while, partly because it had been colder than usual and partly because I'd been lazier than usual, but I got to say, I thoroughly enjoyed the ride from SF down to South Bay. The weather was gorgeous, the ride was the right amount of challenging, and best of all, I got to stuff my unremitting maw with more food than usual.

Still coming down from my BTWD-induced high, I started my search for a new bike almost immediately. My thought was that, with a few years of bike riding experience under my belt, and plans to do a century (100+ mile bike ride) one of these days, I shouldn't be afraid to spend a bit more on a nice road bike that will likely last me a decade or so with proper care. After doing a bit of research, and learning even the most basic of cycling lingo, I eventually settled on the entry-level Specialized Allez, coming in at a pricey, (but not bank-breaking) $750. It's got an aluminum frame, carbon fiber fork, Shimano Claris shifters, and many other fancy-sounding features I can vaguely pronounce and even more vaguely understand.

I tried out some of the more premium bike configurations, even testing out a $2,800 Specialized Roubaix Elite. In the end though, I couldn't really justify a bike that is almost four times the cost and only a few pounds lighter and a few percent faster. I used a corporate discount to get 15% off the bike as store credit, which I used to buy a new lock, seat bag, and replacement tube kit. The seat bag and replacement tube kit were promptly stolen two days later while biking around San Francisco. Such is life. 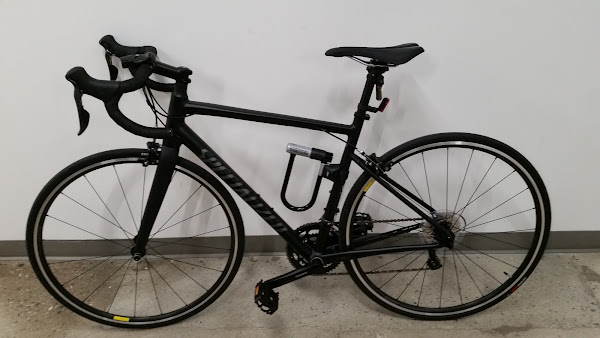 In the context of my life, this purchase probably made sense. Sure, I could have fixed up my old bike, replacing the derailleur and the front tire, but the rest of the bike was in such bad shape that I'd really just have been prolonging its misery, and my own. Through that lens, treating this purchase like an investment in my cycling-heavy future seems like a reasonable bet. The jury is still out on whether that's true for Questionable Purchases™ 2 and 3.