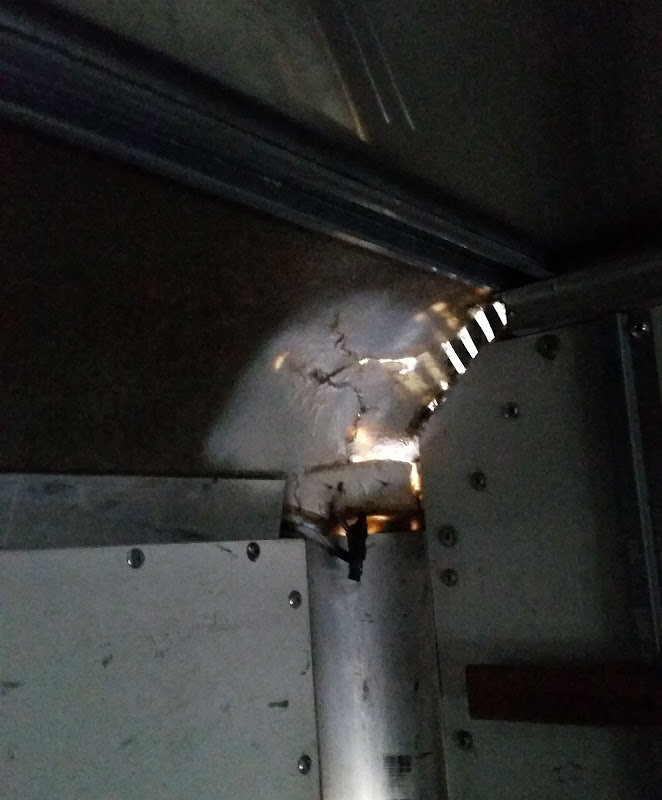 Before you get too worried, the title probably isn't what you think it is.

I've heard some strange sounds at night, things that sound vaguely like dirt bikes, drones, jackhammers, fireworks, people playing Pac-Man, you name it: if it's unidentifiable and doesn't belong in a parking lot, I've probably heard it from the back of this box. But there has been one sound I've heard on several occasions, usually in the morning on weekends, that until recently, has been totally baffling to me.

I can't remember when I first heard it, but in my groggy, half-awake state, I thought it was someone typing up a citation for me. Now, this doesn't make much sense in retrospect, but it sounded like someone typing loudly on a keyboard. When I say loudly, I mean I legitimately imagined someone outside my truck with an old mechanical typewriter, slamming away at keys and watching the tiny hammers force ink onto paper. And to my hazy, early morning mind, this meant that someone was typing up my license plate, prepared to give me a ticket freshly printed from their antique typewriter. Stranger still, in between these loud keystrokes, I'd hear softer pecks, as if they were more gingerly hitting some keys, though less frequently than others. It wasn't until a Sunday morning, when I woke up and had the chance to listen to it for a while, that I figured out what it was.

More specifically, crows. The sound I was hearing was them hopping along the roof of the box, their claws scraping against the metal roof. They must be pretty large, because they produce some thunderous thuds as they plop their way across. The "softer pecks" that I was hearing were actual pecking sounds, on one specific part of the roof.

Pictured above, the hole is a home improvement project I'm not quite sure how to tackle yet. It's some old damage, probably from someone bumping the truck into a structure that didn't quite fit the 11' clearance requirement. It's been covered up out the outside with duct tape, and on the inside with what looks like a protective spray coating. In the morning, a single beam of light shines through an exposed hole. Not a big deal in my book because, one, it never rains here, and two, I like to think of it as a tiny skylight. But for some reason, whether it's the tape or the coating, the crows just love to peck at it. Regardless of where they initially land on the roof, they always trot on over to this one corner, which is right above my head, and they peck at it until they're sufficiently satisfied they've banged their faces against it enough times and that they've succeeded in waking me up.

No complaints on my end, I'm more than happy to have Nature's alarm clock at my disposal, and anyone who's ever listened to raindrops rhythmically landing on a car roof knows just how relaxing it can be.