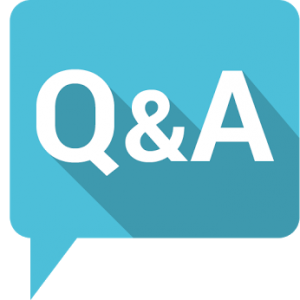 Back again with another riveting installment of Questions and Answers.

Mountain View has a car show during its Thursday Night Live series of events. Are you in that?

Erm, no. Though if I ever go fully insane and paint the outside of the box with flames and other crazy shenanigans, I'll definitely start attending some car shows. I could go the full nine yards, get an amp and put a sound system in the back, maybe a disco ball or two. Open up the back gate and have a good old-fashioned truck rager. I could even make a business out of it, call it "Block Party in a Box". Or I could not do any of those things, that's also an option.

Can people be in the back of the truck while you drive it? If no, could you attach seatbelts to your bed or something to make it kosher?

I'm not going to look up the driving laws surrounding this, because common sense dictates that it's illegal, much in the same way that riding in the back of a pickup truck is illegal, at least outside of the Deep South. Theoretically though, since I've secured everything down in the back, someone would be totally fine laying in the bed with someone driving, as long as they weren't going full-NASCAR. It'd actually probably be pretty cool, like a discount, white trash version of Space Mountain. Continuing the trend of monetizing my housing, I could just paint a huge "White Trash Space Mountain" sign on the side (next to the flames), and charge $5 for a ride up and down the 101. Again, I could also just not do that instead.

Do you have an emergency plan for when your truck gets stolen/explodes? Because then you will be extra homeless

For all the planning I did to get where I am, I've never really thought of any particularly good contingency plans. I've always known that if things don't work out, I can just fall back to an overpriced apartment for normal people, but I've never concerned myself with worrying about various truck-related disasters. Regarding the "stolen" scenario: Virtually no carjackings occur on the company campus, and it's surrounded by video cameras. If anyone was dumb/crazy enough to steal my gross, dumpy vehicle while it's surrounded by Teslas and Porches, they're going to get caught fairly quickly. The whole explosion scenario is far more likely, because it has about 160,000 miles on it, and while there's no outright mechanical issues with it, I wouldn't want to be my car insurance company. If it were to die on me (preferably not in a blaze of glory), I'd pack my gym bag with a few outfits, have it towed to a repair shop, and stay at an AirBnB or a hotel for a few nights. Hardly the worst thing that's ever happened to someone.

A few of the questions were comments on site features, and I've implemented a few of them, and some more are on the way. The Question/Comment box and the About/Search box should show up on more pages now, and I'll be adding in "Previous/Next" buttons from individual posts soon, so stay tuned!