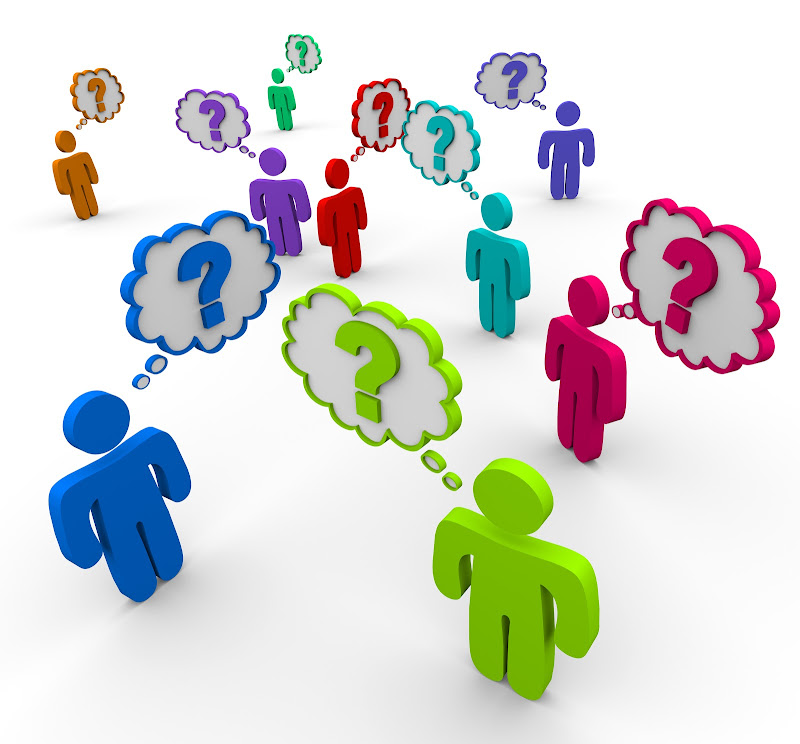 Source: This weird stock photo brought to you by Google Image Search and Right Question.

This Q&A is a total potpourri of everything I've gotten in the past month (or three), but I've done my best to group them together.

Do you have a girlfriend? What does she think of your lifestyle?

I don't have a girlfriend at the moment, so her opinions are nonexistent. If I were to have a girlfriend, I'd like to think that she'd be (at the very least) accepting of my choices. I'm pretty contented with the way my life is right now though, which is to say that I'm not in the market for a relationship at the moment. I don't want to say that I'll never have a serious relationship while living in the truck, because I have no idea how long I'll be doing this. But I definitely understand how ridiculous everything about my life looks From Outside The Box™, from the perspective of a reasonable person who has their affairs in order.

If you do get laid in the box, will you disclose this information on your blog (leaving out names and identifying details of course)?

Absolutely not, and I say that with the utmost confidence. I've chosen a lifestyle that dramatically reduces my chances of getting laid, I hardly think I'd be improving them if potential suitors thought I was going to recount my box truck (s)exploits for the Internet's perusal and entertainment. I'm also just not the kiss and tell type, as part of my Try Not To Be A Douchebag™ credo. On top of all these things, that's like a whole 'nother level of illegal. Like, we're talking sex-offender-registry-illegal, and for obvious reasons I have no intention of opening up that bag of worms and then proceeding to brag about it in a place accessible to the entirety of the Internet-connected planet.

I did actually read this on November 20th (you can tell I'm pretty awful at answering questions in a timely fashion), but tragically I already had plans at that point. But thanks for letting me know those exist, I'll definitely make it to one eventually, especially now that I'm upping the ante with my bike trips.

Have you considered one of those eBike conversion kits that turn a regular bicycle into an eBike?

I (very briefly) considered it, then decided otherwise. As I mentioned at the end of this post, an electric bike is actually worse for rides over 25 miles (which I've been doing a bunch of) because of the whole range thing. Plus, the logistics of how/when/where I charge the bike are pretty nebulous on weekends because I can't exactly plug it into the truck, and it takes 5+ hours to fully charge. Also, if I want my cardio to eventually not holistically suck, a normal bike that forces me to do actual work will whip me into shape much quicker than a glorified moped.

The new bicycle is doing wonderfully, thank you for asking! I've taken it on several rides that left my legs in a state of matter somewhere between solid and liquid, and it's holding up nicely (unlike my legs). I replaced the left crank arm and picked up some lights, but that was really all the TLC it needed to be in tip-top road-ready shape.

The gym is going well. I've been doing a modified version of Jim Wendler's 5/3/1 program, and I've finished 11 3-to-4 week cycles of that since starting work. The good thing is that almost every cycle still has new personal records, but I'm starting to see plateaus in press and bench. Eventually I'll do a detailed fitness post.

The Current State of Affairs

So your employer has told you you have to leave their parking lot. What solution did you come up with? | What's your current sitch? You left us hanging when you got the boot. | Where do you live now? Still in your truck? | Are you going to tell us how is going there? Do you like your neighbors, how has your commute and daily life changed?

A lot of people seem curious as to how I'm managing my effective eviction. If I've learned literally anything from it, it's that I need to keep my obnoxiously large mouth slightly less agape. So as an exercise in restraint, I won't be talking much about my current living situation. I will say, however, that I'm still a vehicular vagrant, and all of the reasons I do what I do are still valid. My day-to-day life is virtually unchanged.

How do you prevent the doors from being locked while you are inside the truck?

I don't. If someone really wanted, they could come up and tie or otherwise lock the hitch down to the frame of the truck, and I'd be pretty screwed. I'm sure if I called one of my friends (I get fine cell reception), they'd come over with a knife or scissors or the Jaws of Life or something and save my life. Honestly, I couldn't even be mad because I've been wildly negligent in preventing it from happening, despite knowing the risk. I'd find it pretty funny (and learn my lesson), just because of how ridiculous the whole situation would be. It's pretty rare that someone gets locked in their home. It'd be worth it for the story, if nothing else.

Do you play video games?

Nope. I own a non-gaming laptop and a phone, neither of which are conducive to gaming. The last game I got really into was LittleBigPlanet, and I haven't played that in four or five years.

Would you consider installing a Tesla Powerwall in the truck?

Is that you Elon? In the past, I've talked about potentially getting some sort of electricity source, like a Duracell Powerpack. The idea is that I'd charge it up with a (roof-mounted?) solar panel, and then I could use it to power…something? I really don't have anything that would benefit from a constant AC power supply, everything electronic I own is battery-powered, by design. So if I don't need that, I definitely don't need a Tesla Powerwall, which, doing some quick math, stores ~40x energy and takes up ~8x the space.* Plus I think I'd also need an actual earth ground, like, a wire from the Powerwall that just leads straight into the ground, though I'm not entirely certain about this. In a home, that's not really an issue (1. Dig hole. 2. Insert wire.), but it sounds like a weird and potentially dangerous thing to try with the truck.

*And that's not including the inverter I'd undoubtedly have to install too.

Have you read Thoreau's Walden? What about The Martian?

I'm in the process of reading both. Okay fine, you caught me, I'm actually listening to an audiobook for The Martian. Thanks to everyone who suggested I read them, Walden in particular is giving me a lot to mull over, so expect a future post on all of the ways that Walden is timeless and relevant to a truck guy.