Box Trucks and Beyond 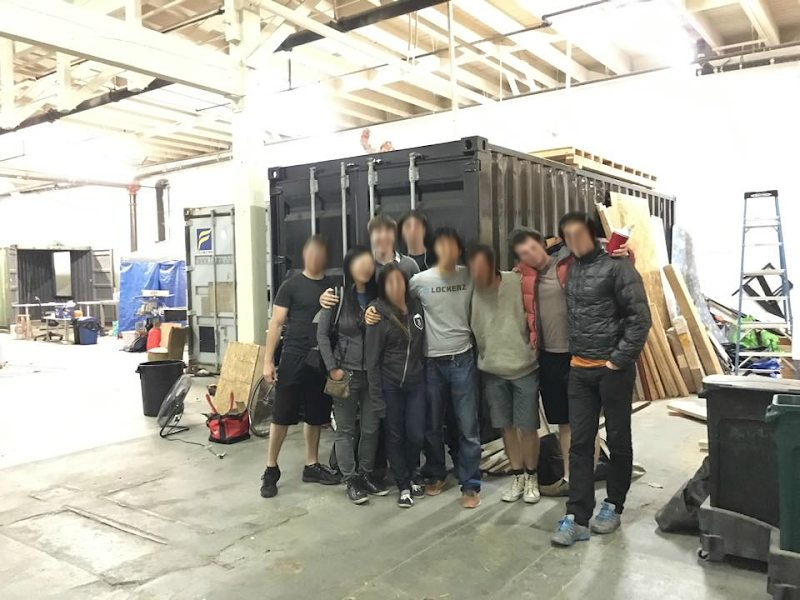 TrainspottingDefinitely not the word I'm looking for, but it sounds cool

I noted early on that I wasn't the only sketchy-looking vehicle on campus. And the longer I've been doing this, the keener my eye has gotten to the subtle, but telltale signs of "unconventional" or otherwise "alternative" living situations: windows tinted a little too deeply, parking just slightly farther away from a building than everyone else, a few scattered blankets on the back seat. It was nothing more than conjecture and supposition until I made contact with another truck-person. Even then though, there were seven or eight cars I was seeing all the time, and they certainly kept me wondering.

Beyond campus, I was seeing the same signs everywhere: lines of RVs in loosely-regulated parking areas, disconnected trailers in run-down driveways, condensation on car windows long after it should have burned off, etc. I couldn't tell if they were as common as I perceived, or if my situation had made me unusually sensitive to it. It reminded me of a story recounted by a high school teacher, whereby he fell in love with a girl who drove a green VW bug, and thereafter started seeing those cars everywhere. He called it the "Green Punch Buggy Effect™," though it's likely more commonly called the Baader-Meinhof Phenomenon.

At first it was merely a hunch, yes, but once I started shouting my automobile affinities from the rooftops, it wasn't long before truck tenants, clunker colonists, sedan citizens, buggy boarders, hatchback inhabitants, and pickup people of all types started to come out of the proverbial woodwork. I quickly found myself in the CC field of an email thread with the title ATTN: Vehicle Dwellers Meetup, along with no less than fifteen other like-minded individuals. Most of the thread participants were doing some tech- or startup-related work, though I was impressed with just how diverse the group was, and how sane and reasonable everyone seemed. At this point, I really shouldn't be surprised that reasonable people are coming to this dwelling decision, assuming they're going to be crazy is more of a vestigial knee-jerk reaction on my part from before I dove headfirst into all of this (see here for my initial, incorrect preconceptions). With the voluntarily homeless corralled into a digital conclave, we started planning where we could talk about the various intricacies of our day-to-day lives (much like I do here) and show off our setups. Fittingly enough, it was decided that this shindig would take place at Containertopia, a secret and magical place in Oakland filled with shipping containers in various stages of being converted into homes.

The meetup took place on a crisp, sunny Saturday afternoon a few weeks ago, and as such I opted to bike to the Oakland meeting place.

Woah woah woah, Brandon, why would you bike up there when the whole point of going was to show off your truck house thing?

Well there's a few reasons actually. Firstly, I'm not under the illusion that my "setup" is anything more than a bed and a dresser shoved into the back of a decrepit moving van, which I (correctly) assumed would be downright embarrassing in the face of the craftier solutions of others. Plus, I've mentioned that driving the truck is a death sentence, so I opted to showcase the entirety of my lavish, expansive living space by taking a few photos instead of spontaneously combusting on the 880 during an attempted drive. Summarily, the signs seemed to say, or otherwise suggest, that cycling was surely sensical. In a textbook display of character weakness, I dramatically overestimated my own ability to do sustained cardio and ended up arriving at the agreed upon meeting place an hour or so later than planned. A few calls and texts later, I was led through a wrought iron gate and into what can only appropriately be described as a Mecca for tiny houses of all shapes and sizes.

The idea behind Containertopia is a fairly simple one: You buy a shipping container for between $1,000-$2,000 and have it delivered to the place, which is basically a large open warehouse with communal facilities (electricity, water, etc). From there, you pay a (comparatively reasonable) rent, usually temporarily as you hammer, nail, weld, rip apart, and otherwise modify your shipping container to your specifications and desires with the intention of doing something with it.

The place itself felt like a post-apocalyptic construction site…but I mean that in the most endearing of ways. There was always the distant whirring of heavy machinery as people worked on realizing their dreams, and the cold concrete floors were littered with all imaginable components and contraptions. We were given tours of a few of the containers, which ranged from barren to decked out with windows, carpeting, insulation, and all of the modern amenities you'd expect from a high-class shipping container house. As for the more mobile participants, their housing solutions ranged from standard RVs all the way down to Priuses (Prii?) outfitted with magnetically-secured insulation. We hung around for a few hours talking about the various trends in tiny housing, living in the Bay Area, and our own ideas, inspirations, and future aspirations, then we grabbed a lovely dinner and parted ways.

All in all, the experience was enlightening. Aside from the fact that I'd never before biked anything even remotely close to 50 miles, it's always interesting to talk with other people from a bunch of backgrounds who've all converged on similar solutions, executed in dramatically different ways. And between this new group of non-stationary settlers, and another group of tech-truckers I've become acquainted with at my own place of employment, I have a new-found network of truck friends, which is something I never thought I'd find myself saying.