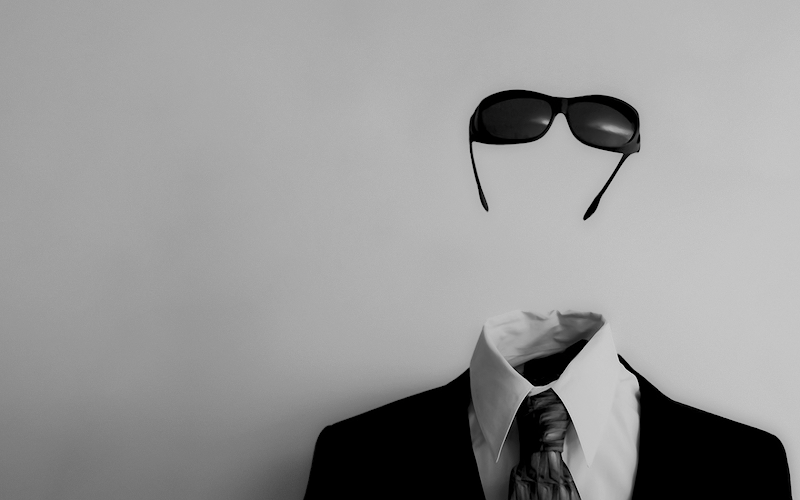 As a forewarning, this post doesn't really provide tips on how to be invisible, it's more of an observation of human nature.

One of my biggest stressors when I was considering living in a van, as is undoubtedly evident from my earlier posts, was my unshakable fear that I was going to be caught, arrested, or otherwise reprimanded. I was worried that I wouldn't be discreet enough, or I'd make some grave mistake one day, or anything but a perfectly executed ninja-esque routine would spell my end. One too many loud creaks at night, not closing the back gate quietly enough, climbing out at the exact wrong time, parking in the wrong place, etc, the ways I could screw things up seemed limitless. But a fortuitous combination of rote observation and apparent realization led me to the following declaration:

The realization that I had was that the vast majority of bad things that could happen to me required another person. Someone to see (and subsequently report) me, someone to tell me I needed to leave, someone to be so taken aback by my (in my opinion, untheatrical) actions that they saw it entirely necessary to go out of their way and see that something is done about it, etc, nothing truly bad could happen to me without a definitive, intentional action from another human being. Understanding this, my very survival (as a box-truck inhabitant), hinged on one of the two following things being true:

If one of those two above-mentioned things were to be true, everything might just work out.

Nobody Ever Seeing Me

If nobody ever sees me, nobody can really intentionally act against me, right? This case falls in line with my initial musings, that if I'm invisible, I'll be fine. If I can ensure that no single human being ever sees me entering, being in, or exiting the box truck, and that nobody ever questions its existence, and the moon and stars align, I might just make it out squeaky clean: a smooth, friction-less experience. However, that seems extremely unlikely. I can do my best to minimize contact with other human beings: I can leave early in the morning and come back late at night, I can take careful, quiet, deliberate footsteps, I can open and close the noisy back gate slowly and tenderly, etc. There are a million things I can do to make myself as invisible as possible, but regardless of how sneaky I am, at the end of the day, I can't control all the factors, or chance for that matter. Even if I listen super carefully before leaving the truck, there could still be someone parked right next to me, watching me get out of my truck. Or maybe a security car rolls by right as I'm hoping in. Or maybe a family on vacation bizarrely takes photographs for ten minutes with me and my half-open tailgate in the not-so-distant background. As you may have guessed, all these things have happened. They're just a product of random chance, and regardless of how careful and calculating I am, they're going to continue to happen.

So if it's impossible to stop people from seeing me, I guess I'll just have to hope that nobody steps in, right? Here's where I start making some useful observations.

Nobody Feeling Inclined to Interfere

Like I said above, I have random run-ins all the time. People may not understand what I'm doing or what's going on, but I'm definitely noticed by strangers on a daily basis as I go about my mundane truck routine. So, knowing that, how do I manage to not get caught, or arrested, or whatever else I was worried would happen to me? I'll tell you how. It's because nobody cares. I'm going to say that again, because it's super important:

These are other human beings who are going about their own lives, with their own preoccupations, their own responsibilities, their own concerns. My life's brief collision with theirs barely even registers as an event in their lives, in most cases it doesn't even warrant conscious thought. I'm as relevant to their life as a traffic light, and that's a good thing. They have their own stack of worries to mull over, what motivation do they have to exert a non-negligible energy to disrupt my life. Humans are a lot like the electrons I spent so much of college learning about, in most cases, we're perfectly happy taking the path of least resistance. And in the case of fleeting interactions with random strangers, the path of least resistance is to do nothing at all.

And that's why I'm completely fine. Not because I'm a perfect master of stealth, but because people can't be bothered. At best, they've immediately replaced the experience of seeing me with much more real, pressing issues in their lives, and at worst, I've become a bit of conversation-fodder for a dinner table discussion that night. In both extrema, I'm soon forgotten and nobody is mounting an offensive against me or my lifestyle, and that's exactly why I sleep so soundly at night.