Truck Tenets: At The Core 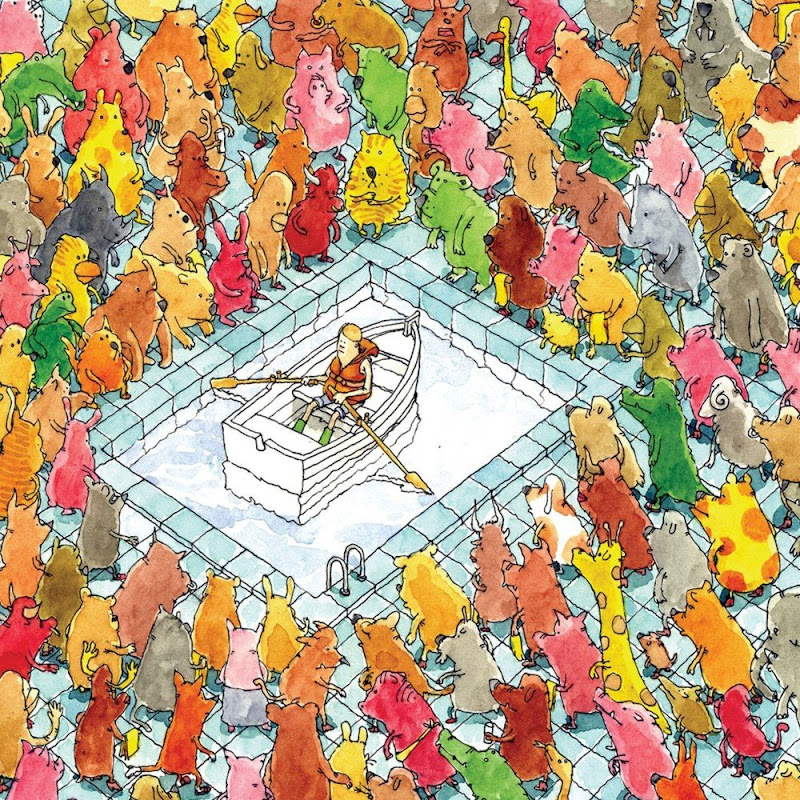 Source: The album cover of Happiness, by Dance Gavin Dance.

I'm a firm believer that human consciousness is a huge cosmic accident. Kinda like Matthew McConaughey's monologue from that one scene in True Detective. Except far, far less cynical, and maybe without the part about humans choosing to voluntarily go extinct. Great scene though, great scene.

More to the point: not only do people exist, but we're painfully aware of our own existence as somewhat autonomous entities. We aren't particularly amenable to going through mechanical, preprogrammed motions as effectively as say, an ant. We get bored easily. To keep ourselves entertained, we ascribe higher meaning to things and give ourselves purpose.

A lot of times, this purpose isn't something that we call out explicitly, it's just something that happens. Things like "be good at my job" or "provide for my family". When our purpose isn't clear or we don't think we can carry it out, sometimes we'll just straight up die. Fragile things, we are.

All of this in mind, my personal feeling is that it's a good idea to take a more active interest in the Purpose Picking Process™, as it's a key part of Not Dying™. I'm talking about taking the time, doing the soul-searching, and really figuring out what you think it is that makes you tick.

I know, I know, that's an obnoxiously long-winded intro, but I swear I'm going somewhere with this. This post is about what makes me tick, the idea being that I can use that to structure my life and evaluate my actions and all that jazz.

One day, you opened up your eyes
Inside of you
Inside a world
Inside a universe
You didn't get to choose

And though it was a race
You didn't understand
You simply lined up on the blocks
And when the pistol popped
You ran.

—Watsky, Talking to Myself

Aside from just being an all-around solid piece of poetry, I think this lyric nicely sums up the overarching sense of purpose I've picked for myself.

Because the fact of the matter is that we don't get to choose where we're born, or even that we're born at all. We pop into existence entirely of someone else's accord. We take whatever hand the universe has dealt for us. And we do our darnedest.

And statistically speaking, a lot of people are dealt truly terrible hands. Which isn't to say life is a cakewalk for everyone else. Even if you were dealt a halfway decent hand, by being born relatively healthy in a relatively wealthy nation for instance, life still has its fair share of hardships. And they have a curious habit of all piling on at the least convenient times.

So, in summary: nobody chose to be here, and everyone is doing what they can and working with what they've got. When we interact with people, we have quite a bit of control over how we affect their happiness. The least we can do is to not take some away. My goal is to maybe sometimes even add some more, using the relative autonomy granted to me. That's my sincere belief: happiness is not a zero-sum game, you can add happiness without taking it from somewhere else.

I don't think happiness is the be-all, end-all of human emotion. Our brains are capable of a bewildering range of complex and nuanced emotion, and I think it's up to everyone to figure out the combination and balance of brain-chemicals that works for them, and to figure out how to get their brain to produce them. Having said that, happiness still has some universal appeal, and it's usually one of the easier-to-invoke emotions in other people, even in fairly fleeting interactions.

I've said it before and I'll say it again: I'm very much an introvert. In a pre-COVID world, I'd regularly go weeks at a time without actively seeking any social engagement outside of work. And from that frame of reference, it seems strange even to myself that I should make my overarching purpose related to other people at all. Why not make it about building the best blog? Or being wickedly strong?

I'm not sure if I have a great answer for this, but if I had to pick one, it'd go something like this: Nobody is an island. No one exists in a vacuum, even though some of us might wish that we did from time to time. Doing literally anything of sufficient scale will always require working with other people, because no matter how good you are at something, a big group of people will always be able to get more done. You're 10x better than the average person? Cool, a group of 11 people can do it better. That's just math.

So I think it makes sense to structure my core beliefs around how I deal with people.

So that's that. I've hitched my identity to "hopefully not making others more miserable". Future Truck Tenets posts will ostensibly talk about what that means. Hopefully in less abstract, more tangible ways.