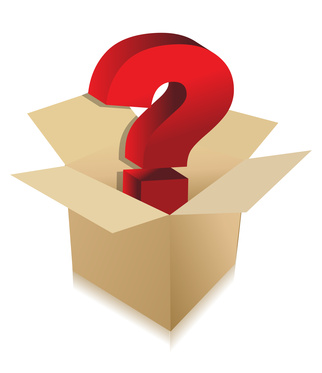 It appears I have a few prolific inquirers, so here goes Q & A round two.

Is what you're doing illegal?

There's two underlying questions here. First, is being homeless illegal, and second, are you homeless if you live in a car. To briefly answer the second one: living in a car is definitely considered being homeless, but I'll address that in one of the later questions. As for the legality of being homeless, I had trouble finding relevant city ordinances for where I frequently park, but nearby cities like Palo Alto and Manteca have cracked down in recent years. Additionally, there's an excellent paper that details all of the laws that California cities have regarding homelessness, in addition to providing a bunch of other useful information. Nearby places like San Francisco, Oakland, Sunnyvale, and San Jose all have anti-homeless laws, but there is no statewide ban on homelessness. I might just be missing the ordinances in my specific city, but from what I've read, it might not actually be illegal. Naturally, these laws only apply to public property. Since I'm in a parking lot owned by my company, it's well within their power to "evict" me, if they so chose.

Can you please figure out a way to lock yourself in at night? This doesn't seem safe.

I've mentioned my door situation before, it's one of the few things I haven't found a good solution for yet. I have some ideas, and they'll get their own posts when I get around to trying them. It's certainly not the safest situation, but it's no less safe than people who leave their front door unlocked at night. Except my door is giant, metal, and super loud, so any attempted intrusions would immediately yank me from my slumber.

You should get a pet!

Absolutely not. Not that I don't love animals, I really do, but I think it's frankly unfair to the animal to be subjected to my lifestyle. I chose to live in a box, an animal would not be doing so of their own volition. Even if I brought them to work every day (which is actually encouraged where I work), there'd undoubtedly be times where they'd have to stay in the car, and I'm not a fan of putting an animal in a dark, confined space. So, for the sake of any hypothetical future pets, I'm definitively not getting an animal while I live in a truck.

Have you made friends?

I have! I lived in the area last year and made some friends then, and they weren't entirely shocked with my housing choices this year. Since I started work, I've also met a bunch of great people who enjoy the novelty of my situation. If whoever asked this question was worried that it's hard to make friends when you're insane and living out of a car: people can be pretty flexible and compassionate. Naturally, not everyone is going to agree with your decisions, but people who can understand someone else's perspectives and choices make infinitely better friends, as a general rule.

Do you consider yourself homeless?

I alluded to this earlier, but there's really two perspectives that you can employ here. In the eyes of the law, I'm definitively homeless. All the cities with anti-homeless laws listed above included a snippet similar to the following:

[They] have daytime laws that criminalize the four basic kinds of activities that can be applied to the homeless: “(1) standing, sitting, and resting in public places; (2) sleeping, camping, and lodging in public places, including in vehicles; (3) begging and panhandling; and (4) food sharing.”

Like I said before, it's not quite a "public place", but I am certainly "sleeping, camping, and lodging [...] in vehicles". I guess I'm guilty of "sitting in public places" too though, that's a pretty wide net they're casting with that one. The other perspective, and more to your question, is how I feel about my situation. And I don't feel homeless at all. I have a place I call home, it's distinctly mine, and I feel comfortable being there. Like my tagline says, "Home is where you park it."